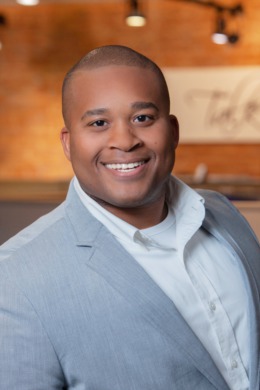 Will Smith knows first-hand the trials and tribulations of shopping for a new home.  In order to navigate the competitive market, he and his family had to get creative about finding a housing solution that worked for them, not once, but twice!  Will’s unique perspective drives him to think outside-the-box to help his clients achieve their real estate goals.

After graduating college, Will Smith moved to Evansville and became an IT Business Analyst for one of the biggest plastic corporations in the world. He traveled the United States each month, helping employees gather data while adjusting the company’s system to alleviate problems for newly acquired plants to operate seamlessly. At the time, he had no idea that this training would translate so easily into the detailed analytical and communication skills needed in the real estate industry.

After living in an apartment for almost a year, Will decided that he and his soon-to-be wife needed their story to change: it was time to become homeowners. They worked with a REALTOR® who educated them and helped them to find a house.

At that time, the market was flooded with buyers looking for the same three-bedroom, two-bath home that was less than 20 years old. Every home they looked at was gone before they could see it or they were being out-gamed by the competitive multiple offers that inevitably beat their own bid.

As they awaited for yet another house to come on the market, Will inquired about new construction. Will reviewed the homes, worked with the builder's sales representatives, and decided they would pick a lot and build from the ground up. Ultimately, he and his wife got a larger-than-normal lot with a floorplan they wanted all for less than any of the model homes they could have bought and moved into sooner.

Three years later, Will and his wife started a family and realized that they would soon need a bigger home. With the help of an F.C. Tucker Emge REALTOR®, Will started the building process again, sold his first house, and in six short months, he and his family were in their new home!

This path to homeownership made Will excited about helping others search to find the right home to fit their needs. His professional background coupled with his personal experiences and love of Southwestern Indiana makes Will an ideal REALTOR® who is dedicated and ready to provide outstanding service to you!

Give the REALtor, Will Smith, a call today!

Will Smith is a fantastic agent!!  He was always available to answer any questions and was very quick at finding answers when necessary.  He is friendly, competent, strives to achieve the best outcome for his clients!