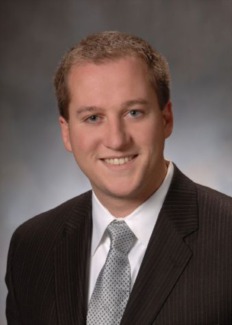 Aaron has been with F.C. Tucker Commercial since 2004.  Aaron received his Bachelor of Science degree in Accounting from the University of Evansville, he also graduated Pre-Med.  After graduating from UE, he worked for the accounting firm BKD.

In March of 2006, in Las Vegas, Aaron completed his education requirements for the professional designation of Society of Industrial and Office REALTORS® (SIOR).

In October of 2008, in Chicago, Aaron completed his CCIM designation.

In January of 2008, Aaron was promoted to manager of F.C. Tucker Commercial.

In October of 2009, Aaron was promoted to Vice President of F.C. Tucker Commercial.

Aaron is a Licensed Real Estate agent in Indiana. He is a member of the Indiana Commercial Board of REALTORS®.

Aaron’s main areas of focus are: